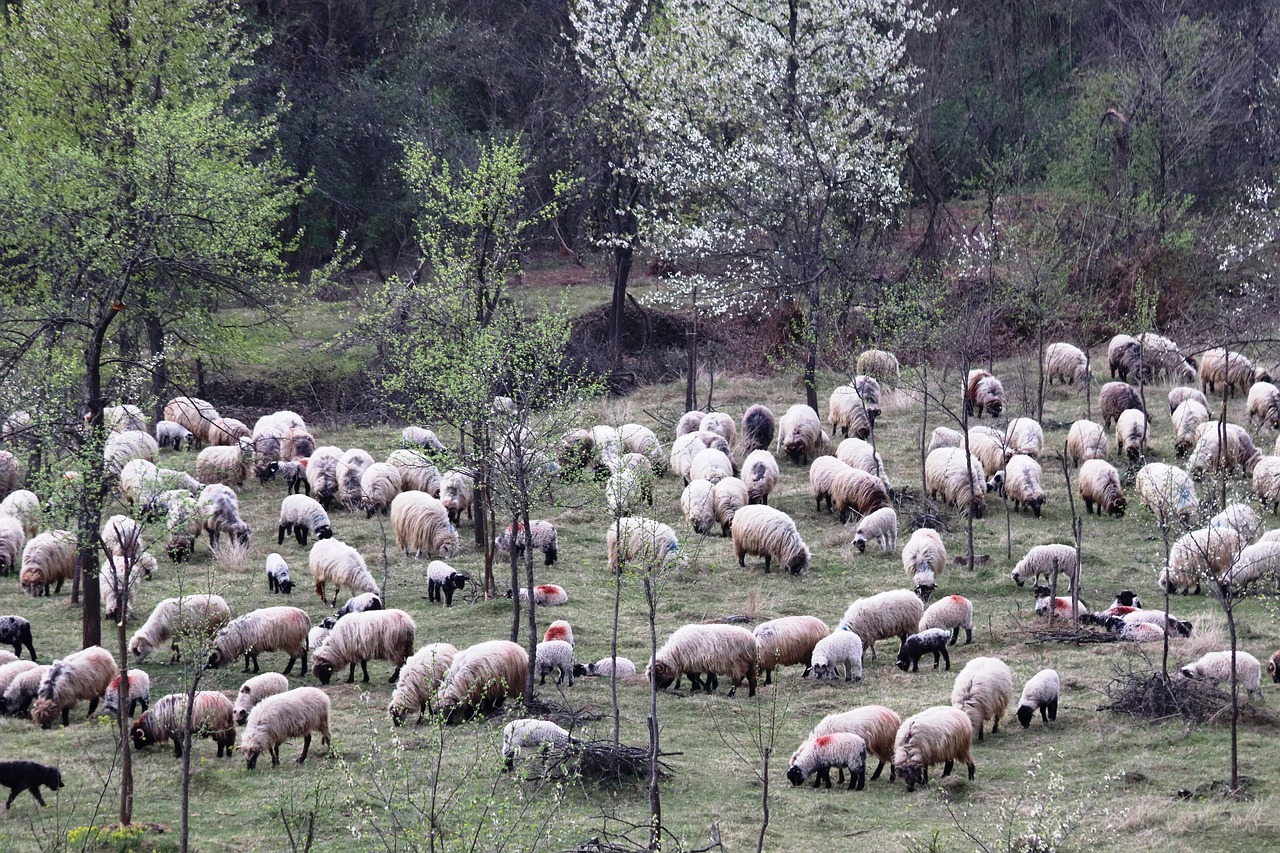 Reading the Gospel of St John chapter 10, we are used to hear Jesus calling himself the Good Shepherd. In the first 10 verses of the same chapter, however Jesus insists that he is also the gate of the sheepfold.

And if you understand what the sheepfold used to be in Jesus’ time, you would understand that the gate or the door he refers to, is actually an interval between stones where sheep could actually go in and come out and at night when the shepherd needed to protect the sheep in the sheepfold, he would stand in that interval, in that space between the rock, between this sort of space created in the wall and he would become the door physically, personally, directly.

The image is very powerful because it tells us that our Good Shepherd is the one who would secure our health, our life with his own life, literally with his own body. It is so easy to remind ourselves of the phrase that we use: over my dead body. So if you had to enter to steal, to kill, to harm the flock, you had to go through the body, the person of the shepherd who became the gate.

There is so much to reflect on when we realise that when Jesus describes himself in this way he is really telling us: ‘I’m there for you, I am the Good Shepherd who lays down his life literally for the flock’. And as we pray for vocations to the priesthood, to the religious life, to leadership in the Church, we pray that we are endowed, we are gifted by people who imitate the Good Shepherd and defend the flock directly in his name.

He is the door, he is the gate and so if you want to go in and out of the sheepfold which is another name for belonging to his family, you have to go through him. This is something he really emphasises in today’s gospel. “Whoever enters through the gate is the shepherd of the sheep” (Jn 10:2). And the Pharisees could not really understand what he was trying to say and he repeats in a very solemn way in verse 7 of today’s gospel: “Amen, amen I say to you, I am the gate for the sheep”.

Now the Lord also creates not only a separation but also a very important chasm between the good Shepherd and the thief who comes only to steal and slaughter and destroy. So he is praying to the Father and he is also expecting of us to be shepherds, leaders in the Church who enter the sheepfold through him, who act in his name and according to his heart. Otherwise if we do not act as Jesus would do, we would be thieves who come only to steal and slaughter and destroy.

Today we also need to ask forgiveness for those instances where leadership in the Church, where shepherds of the Church become thieves who steal and slaughter and destroy. We who are called to be shepherds need to go through the door which is and who is Jesus, this gate that brings us out of slavery into the freedom of the sons and daughters of God.

And we pray also for families because vocations grow when families become that safe environment where people are nourished by the faith and brought to the good pastures of the Good Shepherd.

In our lives we all have gone astray like sheep as Peter says in the beautiful passage from the First Letter, which we read at the Second Reading: “But now we need to return to the shepherd and guardian of our souls” (1Pt 2:25) And these two ideas that Peter brings to us in the reading today – shepherd and guardian – bring together what Jesus wants to tell us when he says, “Amen, amen I say to you, I am the gate for the sheep” (Jn 10, 7): I will give my life for your protection and your nurture.

On the Fourth Sunday of Easter we thank the Lord for the gifts he has given us in the holy shepherds of the Church and realising that he is the gate to the sheepfold and that the sheepfold and the flock are his and not ours. We recognise that he has called us to be servants and that our vocation is to serve and shepherd as he did.