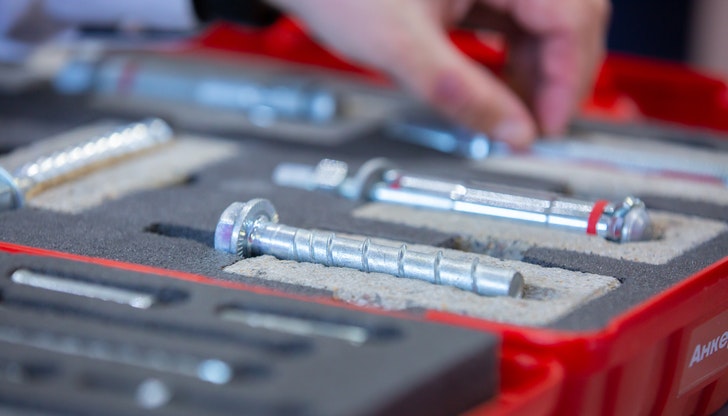 A few weeks ago, I shared about how my first seminary was actually a course I took in an unrelated subject and which in fact helped me discover my vocation. In that article, promised that I will next share about the years I spent at the actual Seminary.

I once told my friends, tongue in cheek, that the Seminary is nothing but a Sengħa barra. I was, of course, promptly corrected on two counts. First, I was told, “year” in Maltese is spelt sena not sengħa, for this would otherwise mean “craft”. Second, they pointed out to me that the sena barra is but one year—the fourth among seven—where the seminarian puts his studies on hold to work in a paid job, to do voluntary work abroad, and to participate in a retreat. I stuck to my original claim. I argued that the seven years at the Seminary are indeed the sengħa barra, because it is at the Seminary that one starts assembling a toolkit for the craft of life “out there” in the real world.

Which are the tools that the Seminary equips you with? Here are my top five:

Ouch! We’re starting with the hardest one here—but it’s probably the most important one too. Living in a community shapes you, unless of course, you choose to live in a cocoon of your own. Community life at the Seminary has been my greatest joy and my greatest suffering. It was my greatest joy because through it I discovered truths about myself which I otherwise would never have discovered. It is also the greatest suffering because the community also made me aware of my limitations: my reluctance to accept that others may be holier, smarter, more talented than I am, my stinginess in relating with others, and a myriad of other things…

This is something of an oxymoron. God speaks to us in many different ways. But God speaks to us loudest when God is silent; and God is most present when God seems most absent. The first thing I noticed in the Seminary is that the God who never seemed to stop speaking suddenly seemed to have gone dumb. This, I’ve learnt, was only God’s way of testing the extent of our trust in God. Do I pray simply because I want to feel good? If so, then I am not praying to God. I am probably simply engaging in a mindfulness exercise or adoring my serotonin and endorphins.

Seriously, who really needs a paintbrush? I mean, after all what difference does the colour of the walls make? I came from the life sciences, where “structure related to function” and “evidence-based practice” were the two mantras by which I abided. Yet I came to realise that there is another dimension to life where things do not need to have a function. Think of liturgical celebrations and decorations, sacred music and art. They are all practically useless (quite literally!). As soon as you assign a function to them, they cease being what they are meant to be. Insofar as they are beautiful, they share something with the Transcendent, opening us to a reality that points beyond ourselves.

Contrary to popular opinion, the scope of formation is to make sure that you do not conform to anything or anyone, but rather that you develop your own character. The Seminary is not an Ikea factory that manufactures single-pattern items. We all enter with our own ideas of conforming either to an idol and perhaps even an ideology: the traditionalist, the progressive, the activist, the merry-maker, the contemplative. Seminary formation is aimed at deconstructing these ideals and at developing one’s unique way of being a priest—by conforming to nobody but Christ himself. As someone once told me, God creates a kind of priest for every kind of human being. I think he’s right.

Seminary life is synonymous with celebration. Think of all the liturgical feasts on the calendar. To those add birthdays and anniversaries. Now do the maths. To appreciate their importance, spend some time in a non-Mediterranean country and you’ll soon start missing the effects of our boisterous festas: the gelling together, the sharing food and talents, of celebrating the lives of each other. Yes, at the Seminary I learnt that once in a while it’s ok to celebrate and to be celebrated.

During my years of formation at the Seminary, rather than a sign of status the clerical shirt for me came to resemble the boiler suit. In other words, it is what you wear to do literally any kind of work. I saw this mostly in the persons who were charged with the responsibility of our formation, the rector and vice rector and the spiritual directors. They accompanied us selflessly as we strained to cultivate the skills needed to use these tools effectively. As any master craftsman would do with his apprentices, they patiently urged us to try over and again whenever we failed until we finally got it right. You would agree with me that this is certainly no mean feat!

As I write, I realise that I’m out of practice with most of these tools. Along the way, I might have misplaced some of these tools and others might have lost their lustre. Out of laziness I might have used one tool rather than another, wearing it out in the process. But it is never too late to start again. That is why it helps, now and then, to step back and take a long view.